A great inspiration for many art therapists is Freud’s frustration with words. In discussing dreams, he noted: “We experienced it predominantly in visual images … part of the difficulty of giving an account of dreams is due to our having to translate these images into words. ‘I could draw it,’ a dreamer often says to us, ‘but I don’t know how to say it’” (Freud, 1916-1917, p. 90). Words are our main form of communication, but some ideas are difficult and even impossible to put into words. Often, we need time to reflect, to ponder, to meditate … before we’re able to vocalise our thoughts.

Imagery represent an alternative medium for both expression and communication. After experiences are externalised in images, it becomes easier to talk about them as we describe the artwork or explain the art making process. The idea that sharing the meaning of images may lead to a better way of understanding a client’s presenting problem and may even foster change might be for some, a compelling argument.

Many definitions have been offered since art therapy emerged in the middle of the last century. However, one of the main difficulties in defining it is due to its unique relationship between art and psychotherapy, which has a potential for both conflict and healing.

A different emphasis can be given either to the process of the art making or to psychotherapy. On the one hand, some art therapists practice primarily according to the principle that the process itself is the main healing effect. On the other hand, others focus on the therapeutic relationship and the exploration of the meaning of the artwork. Most contemporary art therapists, however, believe that both forms belong together. Hand in hand, they influence and enrich each other. In fact, depending on each individual client and their specific problem, the emphasis might well change from one focus to the other.

Please take a look at our art therapy course overview page and take a peek at all that we have on offer at the College of Educational and Clinical Art Therapy.

If you have any questions, view our FAQs page and don’t hesitate to reach out to us via the contact form. You can also stay in touch by following us on Facebook.

Art Therapy and Psychology, A Step-by-Step Guide for Practitioners 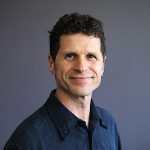 Exploring ‘Art as Therapy’ and ‘Art in Therapy’